Posted by Own Your Eating 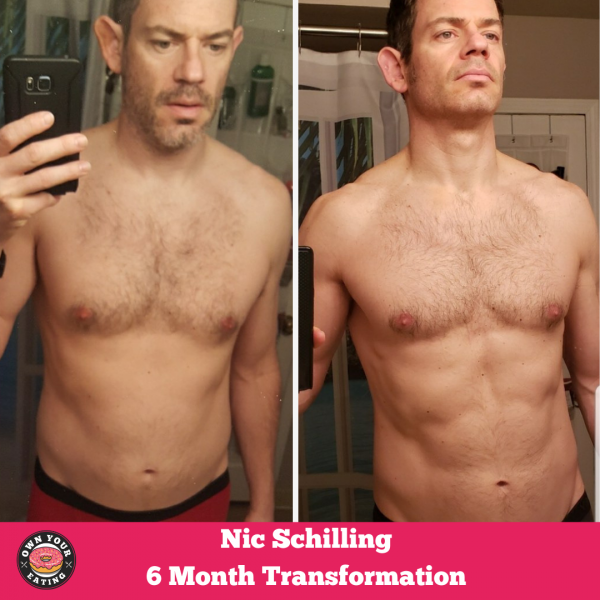 Nic once committed to training for an Ironman just so that he could get those much coveted 6-pack abs. To some of us that might sound crazy but I know in the past I’ve approached changing my physique with the same mindset. Excessive exercise was not the solution though. Sure both Nic and I were successful in dropping some pounds and our bodies looked better, but at the cost of a TON of time, aches and pains in our bodies and creating a terrible belief system in respect to our relationship with food. Like most people we eventually came to the realization that the abs weren’t worth it. But that doesn’t mean there isn’t another way. Read on to find out more about Nic’s quest to find those 6-pack abs without the Ironman effort or training!

When did you start Flexible Eating & how did you get started?

I started working with Own Your Eating on September 10, 2018.  I started with the Premium Lifestyle Package.  I knew that tracking my nutrition and flexible eating was new to me so I wanted to take advantage of having a phone call with a coach which was a feature included in that package.  I had attempted Macros long ago by reading blogs and articles and I made it one week because I did not fully grasp the concept on my own.  The videos that Jason and Roz provide with this package make it all so simple and that’s what I needed. Someone that is experienced and can lead the way to make navigating the whole process easy to implement with my busy schedule.

What prompted you to get started?

I was scrolling through Facebook one day and saw the transformation photo from Joe Thiede. He and I went to high school together and had reconnected in recent years through CrossFit. Joe owns Train Harder CrossFit in Florida and even though he was doing CrossFit, his body didn’t show it. I was experiencing the exact same thing and felt we had a very similar body type. Looking at his before picture and then seeing how cut he was in his after picture made me think that it was possible for me to change my body’s shape and that I wasn’t relegated to a round and doughy body type. I had always wanted 6-Pack abs!  I actually started training for an Ironman, years ago, just to get a 6-Pack. Can you believe it? All that training simply so I could get shredded. Now I train significantly less and I’m eating close to the same amount. It’s amazing what tracking macros and following a simple nutrition plan can do for your body.

How much weight have you lost?

I have lost about six pounds.

What other changes have you noticed in your body or in general?

Here is where the excitement comes in for me, the non scale victories. Since starting in September I have set personal records (PR’s) in the gym on almost every lift and it blows my mind.  In March I hit a 400 lb deadlift and before that I had improved on previous PRs two other times when tested.  My previous was 355 lbs 1.5 years ago where I hurt my back and was tentative about that lift.  For body weight movements, before I had 18 strict pull ups from dead hang and now I can easily do 21.  The PR list goes on and not just in relation to strength but aerobic capacity too. My clothes also fit and look way better now and I actually have abs! In November I used an InBody and it showed I was at 14.0% body fat. When I last measured on 1st March 2019 I was down to 10.2% body fat. My Skeletal Muscle Mass went from 99.4 lbs in November to 102.3 lbs in March.

What has been your biggest obstacle that you have overcome or are working on?

My biggest obstacle is night time eating.  I enjoy grazing at night.  Alcohol is also a challenge because I like wine and scotch.  With Own Your Eating I have used their methods for tracking alcohol and will often factor in for one or two glasses of wine on nights when I’m out socializing with friends.  Thinking of my macros like a daily budget has helped me allow for some grazing at night and still be on plan. In the past I would have binge weekends and then work to make up for the calorie excess by reducing calorie intake during the week. I’ve overcome that habit and I’m now able to eat balanced throughout the entire week giving my body the consistency it needs.

What’s the one thing you previously would have deprived yourself of on a diet that you now get to enjoy guilt-free?

I have a new relationship with carbohydrates on this plan.  I’ve worked to eat low carb and fell into the trap that carbs are the enemy.  I now can have a piece of bread or “some” candy or any other carb and not feel bad about it. I understand now how it can even help better fuel my workouts and my performance at the gym.

What’s one piece of advice you would give someone that is just getting started?

Track, track, track. Using MyFitnessPal is very easy once you start using it. Don’t worry about messing up, but get that habit of tracking everything you eat down because it will pay off! Once you’re confident and consistent with tracking daily, then work on hitting your daily macros goals. If you have a bad day or weekend or holiday sets you off, get back on track as soon as possible. My coach has had to tell me this many times and even though I’ve been reluctant, I’ve done done just that and it works. 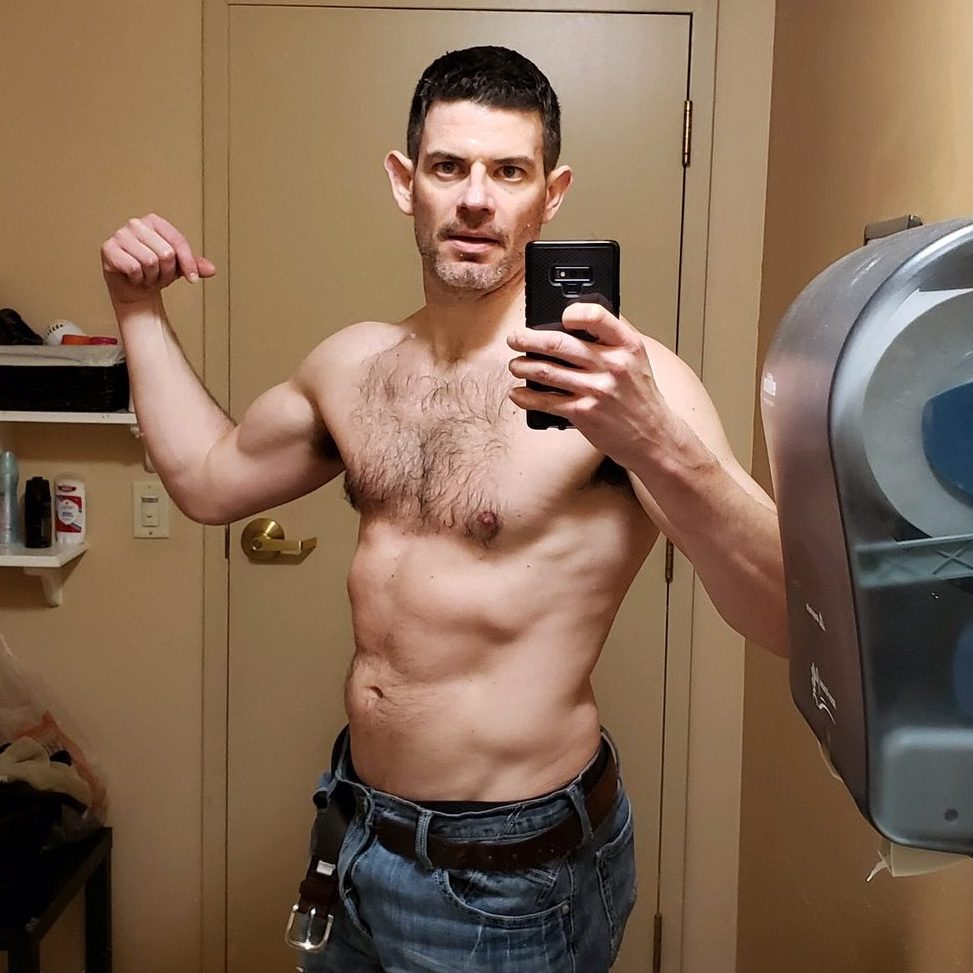