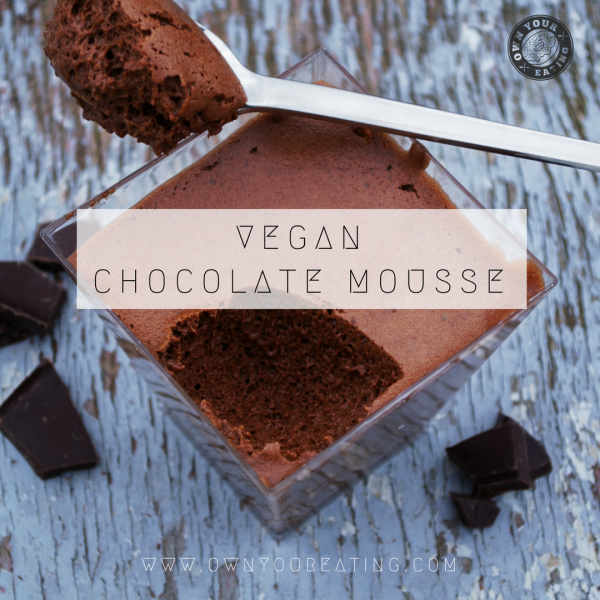 I know what you’re thinking. Hmmm isn’t ‘vegan’ code for ‘healthy’ which is code for ‘tastes like crap’?! Well you’d be wrong on both counts. Vegan isn’t always healthy, swedish fish are vegan but other than calories and energy, they’re not exactly giving you a lot of nutrition – shhh don’t tell Jason I said that! And vegan food is certainly far from tasteless, I had one of the juiciest burgers of my life at Smorgasburg in Brooklyn from Chickpea & Olive. Behold!

Seriously, if you’re in the Brooklyn area you HAVE to taste this entirely plant-based, beet burger. If only I had a vegan chef in my kitchen to balance all my macros and make delicious flavorful meals like this, I’d be vegan in a heartbeat! 🙂

I stumbled across this chocolate mousse recipe from Its Not So Easy Eating Green, whilst I was trying to get ahead and think of something decadent I could make for Valentine’s Day. I wanted something that wouldn’t completely destroy our macros and that was also relatively clean. Since Jay got back from Greece he’s been doing his utmost to stay 80/20 with his diet and keep processed foods to a minimum. He’s also watching his intake of dairy. So when I came across this dessert it sounded like it would fit the bill perfectly! After some research and recipe tweaking, I was happy with how easily I was able to reduce the macros. 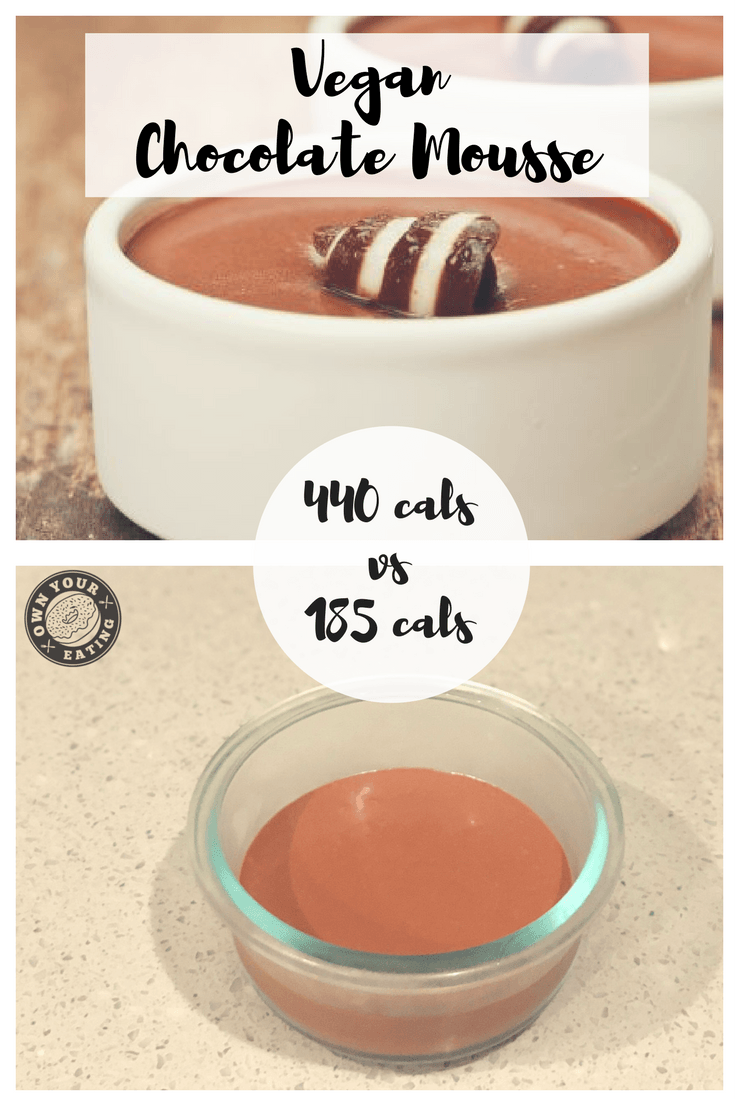 So now that I’ve peaked your interest, I hope you trust me when I tell you that you won’t be disappointed when you make this! I’ve managed to cut this usually macro-dense dessert down by 300 calories and slashed the fat and carb content by half when compared to Sur La Table’s Dark Chocolate Mousse creation.

I was so happy with how these turned out! I was a little worried that the reduced fat coconut milk may not achieve the desired consistency but after a night’s chilling in the fridge they came out perfectly and super tasty! 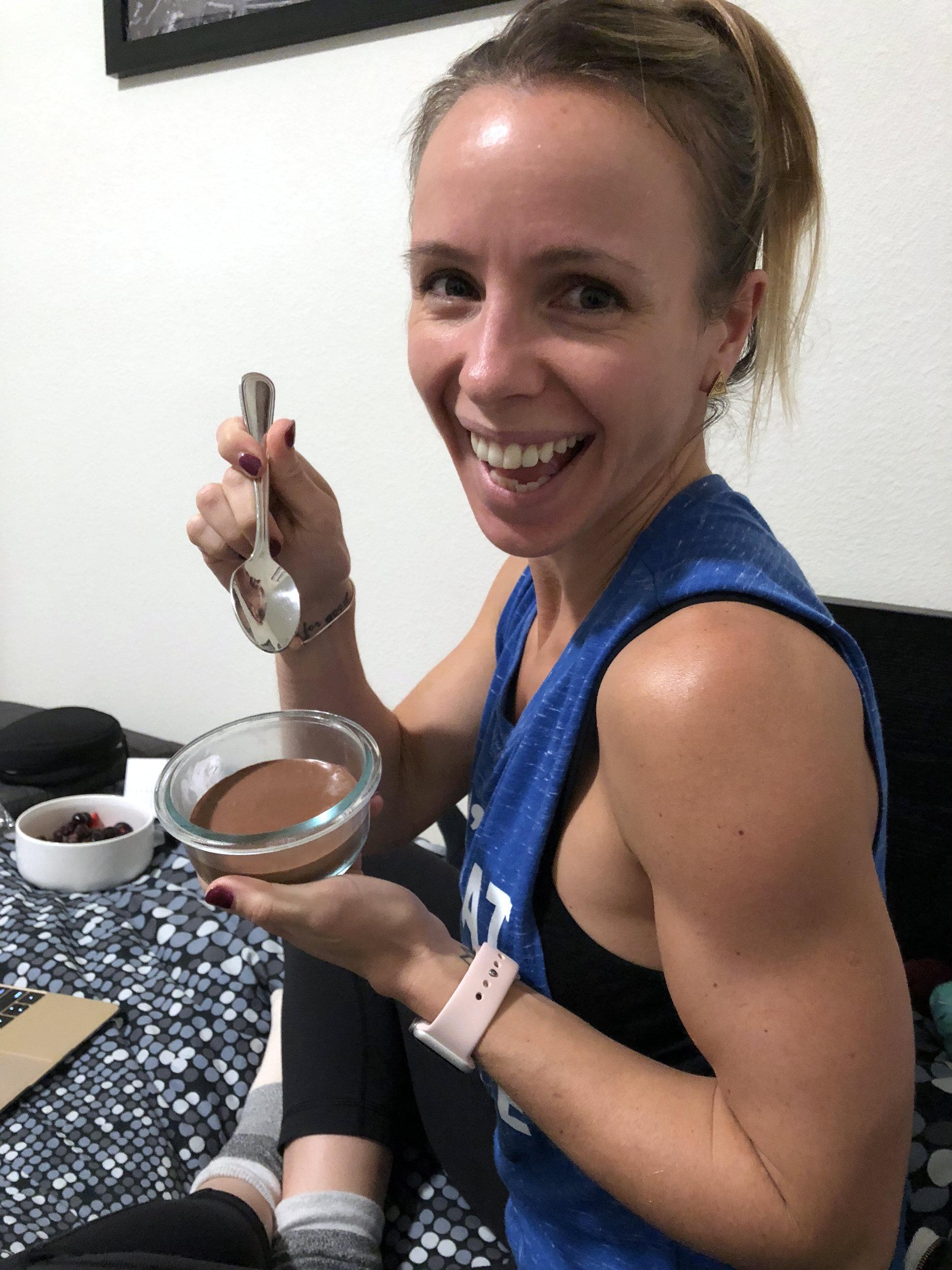 The best thing about them is that they require very few ingredients. Check it out! 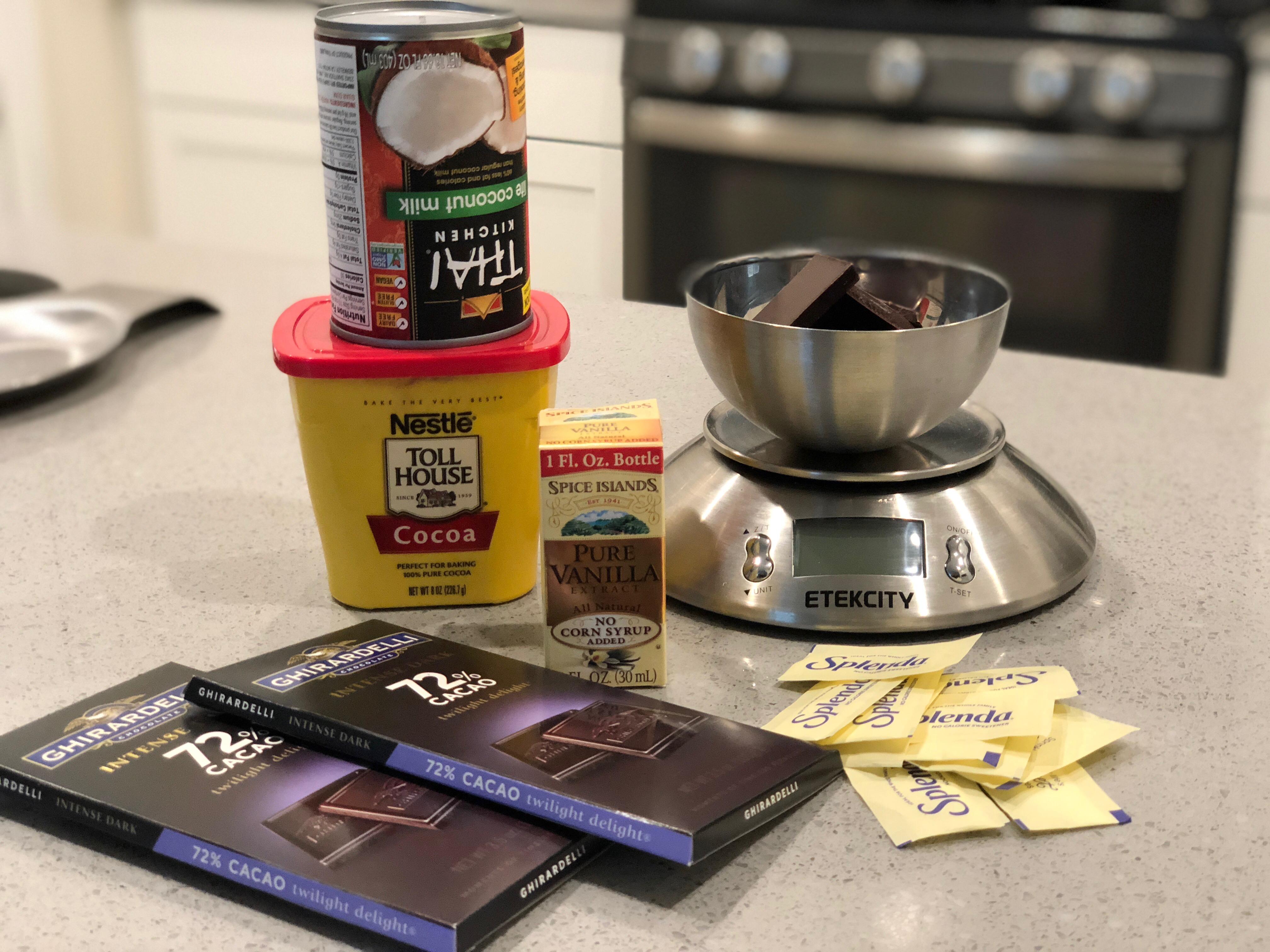 I made 6 little desserts out of my mixture each weighing 75g. Yours might differ a little – I’m not gonna lie, there was a decent amount of mousse left in the bowl for me to lick! 🙂